Our prime military force, Katana division is responsible for all combat engagements. If you’re one who appreciates tactical, coherent warfare, then you’ll find yourself right at home. From piracy, to protection of our allies and assets, there is a place in Katana for all combat minded players. Our military structure is designed around smaller units of players which can operate independently to perform strings of missions, this allows our members to always have the chance to be in the thick of the action. Katana’s developing training system promises to be the best of its kind, with a “quality over quantity” approach producing teams of lethal outlaw mercenaries. The Naval branch is the spearhead of Underdark’s criminal empire, providing transport, protection and firepower. With an extensive fleet to draw from, members are free to choose from a wide range of roles and positions, with the option of piloting their own ship, or serving as crew with a fellow member. Our Navy prides itself in turning the criminal act of piracy, into an operation of military precision, with high consideration put into tactics and logistics. So, whether you’re engaging in fighter combat, flying an infantry dropship, or operating the helm of a capital vessel - you can be certain you’re running with the best pirate crew in the galaxy. 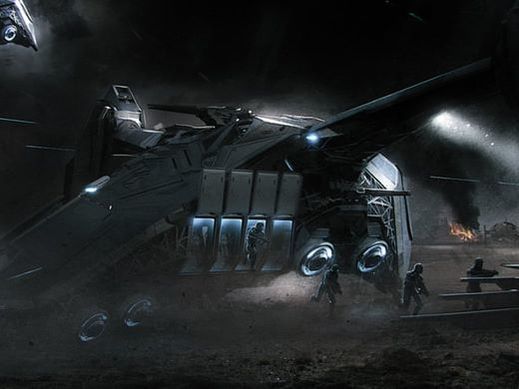 First person combat is a challenging and dangerous task, but ultimately, highly rewarding. For outlaws, this is even more so, which is why our troops will be the best, with training that extensively covers boarding operations (including non-lethal tactics to increase profitability) as well as asset protection and planet side assault, among other things. In addition to Underdark missions, piracy and otherwise, Katana also coordinates units to perform third-party-contracts, much like a PMC, this allows all members the opportunity to make extra cash as well as to always be in the thick of the action.

Katana members specializing in advanced operations will be taught infiltration, assassination, stealth, recon, enhanced combat tactics, and elite protection, as part of Underdark’s Special Forces program. Exactly what skills and tech you’ll be equipped with depends on the specific Chapter you fall under, as there are several, each specializing in a different role. Special Forces also works closely with Dagger Division, in assisting with the capture or assassination of high-level targets. Due to the distinguished abilities of its members, this is the only selective branch of Underdark. In other words, you don’t choose to join Special Forces, they come to you.